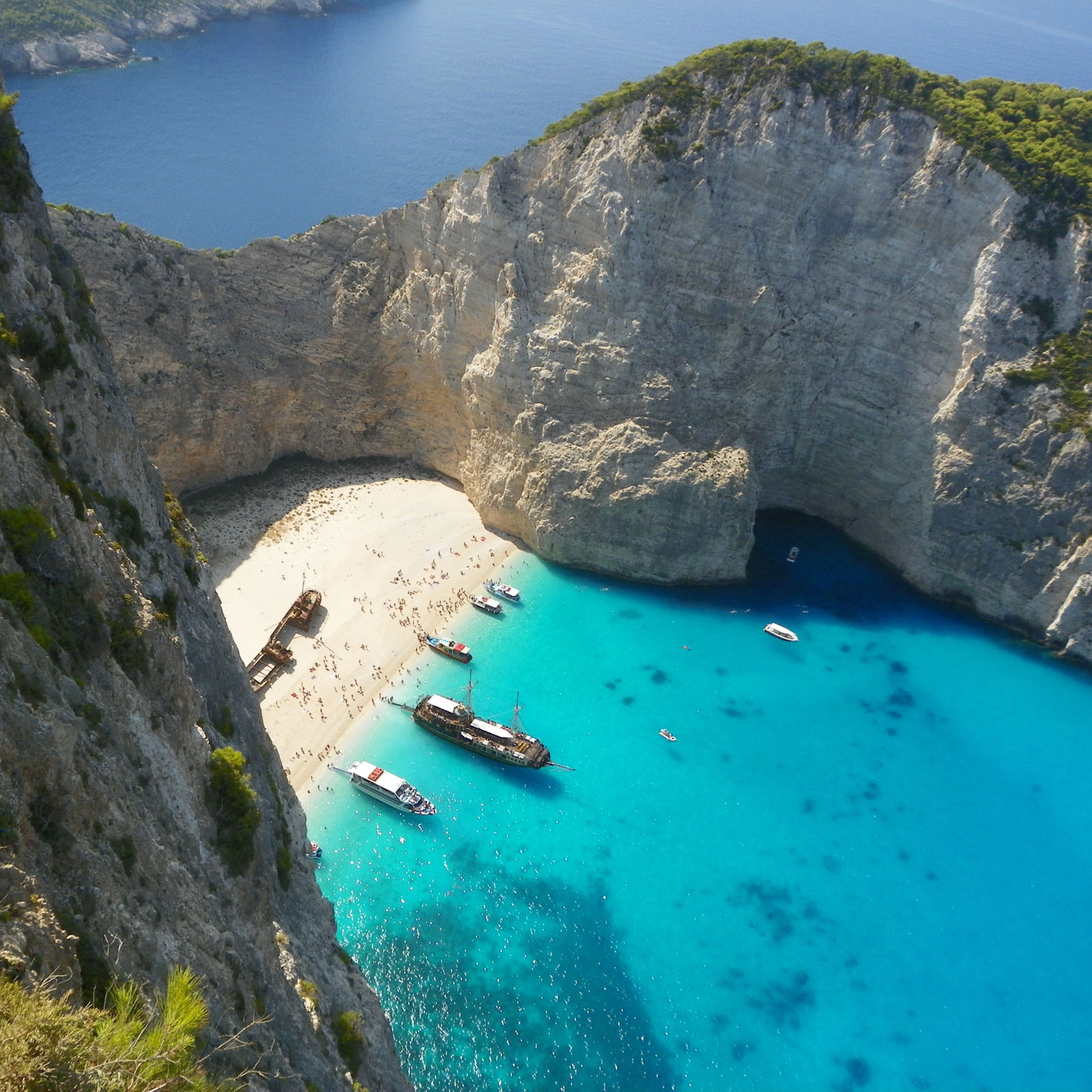 The Ionian Cruise offers an enlightening voyage through the Peloponnese and the less-touristic, western coast of Greece. The tranquil waters of the Ionian Sea lap the shores of the mythical Ionian Islands, highlighted by Corfu, Zakynthos, Cephalonia and the western coast of mainland Greece.

These Islands form part of the inspiration of Homer’s Odyssey which recounts the travels, trials and tribulations of Ulysses sailing home to Ithaca from the Trojan war.

The cruise explores the Jewish Heritage of the Ionian islands and the mainland, in particular, Ioannina, where a Romanite settlement dates back to the 9th century, as well as the heritage of the Sephardic community which flourished during Venetian Rule.

As with all our cruises, your holiday will start on a Thursday evening at the Hotel Grande Bretagne Athens, followed the next morning by a fascinating tour of the city with your own guide, who will also accompany you for the rest of the cruise to help uncover Greece’s Jewish history, from ancient times to the present.

After your tour of Athens and lunch at a colourful taverna, you will join your ship in Piraeus at 4 pm for the start of the cruise, which is detailed below, in order of ‘ports of call’:

Corinth Canal. The narrow, man-made waterway linking the Gulf of Corinth to the Saronic Gulf, allowing ships to avoid circling the Peloponnese, with a saving of 185 nautical miles. The isthmus was first crossed by boats in 600 BCE when Periander built a ship railway, small boats being carried on wheeled cradles running in grooves. The canal is 6.4 kilometers long with a width of only 21.3 meters, with sides towering vertically 170 feet. Because of the restrictions, larger cruise ships cannot transit the canal, whereas your small cruise ship can, offering a thrilling on-board experience.

Galaxidi, a picturesque town on the Gulf of Corinth offers one of the most scenic settings in the Peloponnese. Built on a hillside overlooking the harbour, the neoclassical stone mansions, once the proud homes of sea captains and ship owners, reflect the town’s shipping heritage. The cobblestone streets and pine trees express the tranquility of a past era, making the town a favorite weekend getaway destination of Athenians.

Cephalonia, is the largest island of the Ionian group, where lush mountain greenery meets sparkling clear seas. The island has a rich history dating from antiquity and is known for its authentic cultural tradition, beautiful beaches, caves and the caretta-caretta sea turtles which annually lay their eggs there.

The island flourished under the Venetians and the Venetian governor Marc’Antonio Giustiniani (1516–1571) printed Hebrew books, which were exported to the entire eastern Mediterranean. The Venetians built the Assos Castle, a fine example of Venetian fortification which exists today. Towns and villages were built high on hilltops to prevent attacks from raiding pirates which regularly sailed the Ionian Sea.

Igoumenitsa The ship will stop here to allow passengers to board the coach for the one hour journey to Ioannina.

Ioannina, is home to Jewish Ioannina, at one time a large Romanite community with roots in the 8th century and speaking a dialect of Greek known as Yevanic. The Jewish community played an important role in the city’s development both commercially and culturally. With a long Romanite heritage, only the 19th century synagogue survived WW11 and is located in the Jewish Quarter within the castle.

Corfu, one of Greece’s most popular islands, Corfu combines the charm of old-world architecture, with the breathtaking greenery of its hillsides and fantastic sea. The first Romanite, Greek-speaking Jews have lived on Corfu since the 12th century. They owned land and vineyards prospering under Venetian rule.  During this period, Jews exported cotton, salt, wine, olive oil, Etrog’s, silk and gold fabric and works of art. Corfu had a community of 2000 Jews before WW11 and tragically 1,800 were deported to Auschwitz. Today, Corfu has a community of about 60 Jewish people representing doctors, engineers and business people.

Zakynthos, called ‘Flower of the Levant’ by the Venetians because of its beauty.

A large island with mountains in the north gracing authentic villages and some of the most beautiful beaches in the Ionian Sea, including the spectacular Navagio beach, a cove isolated by high cliffs and accessible only by boat.

Zakynthos is also known for one of Greece’s most heart-warming stories. During WW11, the Metropolitan Bishop of Zakynthos and mayor refused Nazi orders to give the names of the Jewish people on the island. Rather, they secretly hid the 275 Jewish residents in mountain villages and gave the Nazis a list with two names, their own. All the Jews on the island survived the war.

Patras, the third largest city in Greece is a coastal town in the Peloponnese bursting with activity. A commercial hub, the city also has two public universities and a technological institute, with a large student population and reputation as an important scientific centre. The Rio-Antirio Bridge connects Patras’ eastern most suburb of Rio to the town of Antirrio, connecting the Peloponnese peninsula with mainland Greece. Patras is also the Carnival capital of Greece

Please click on this Booking Form, letting us know which cruise interests you, in which season. Leave your details and we’ll get back to you advising which of our four small ships will be available during that period, together with prices for the different cabin classes.

The sun and sea of Greece is but a click away!

In association with Variety Cruises, Athens
With over 50 years’ experience in small cruise ship operations

You can find out more about which cookies we are using or switch them off in settings.

This website uses cookies so that we can provide you with the best user experience possible. Cookie information is stored in your browser and performs functions such as recognising you when you return to our website and helping our team to understand which sections of the website you find most interesting and useful.

Strictly Necessary Cookie should be enabled at all times so that we can save your preferences for cookie settings.

If you disable this cookie, we will not be able to save your preferences. This means that every time you visit this website you will need to enable or disable cookies again.

This website uses Google Analytics to collect anonymous information such as the number of visitors to the site, and the most popular pages.

Please enable Strictly Necessary Cookies first so that we can save your preferences!